A sample plugin which shows and hides a tagged selection of layers.

Warning Early proof-of-concept version tested in sketch 3.3.3 -- use at your own risk

UIs need motion. On the Web, on mobile, on anything with a screen: motion illustrates and delights. There are many excellent tools for creating interactive, animated prototypes. However, if you're designing in Sketch, motion currently means a context switch to another application, which slows down your ability to iterate. The intent of Sketch Motion is to provide a lightweight, coding-free method to explore motion ideas in Sketch with no context switch. It's not going to replace After Effects or Origami, but it will help you try out motion ideas fast. Here are some ways you might use Sketch Motion:

Sketch Motion builds on how you might intially spec out an animation in Sketch: creating a series of artboards to document the animation's key moments. To animate, simply point Sketch Motion at these "keyframe" artboards. It will generate a smooth animation, which you can preview in Sketch or export as an animated GIF.

The plugin automatically provides artboards to adjust the timing and easing of each animation. Animations are modular -- allowing you to duplicate and composite them together. 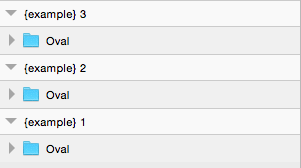 Adjust Timing with the Timeline

Adjust Curves with the Legend

See the Gallery for examples.

Please add an issue to this repository to report problems or make suggestions for the development of this plugin. You can also find me on Twitter @nawt

nwallen published this plugin 5y ago.