It is a tool that allows to create an atomic design in Scetch, as well as to export page-making data from the layout as an scss map. It is intended to create re-used design systems.

With Nucleus, design creation is only available if you organize the guideline and the library of components according to certain rules, which form the framework for design. Thus, the unity of language is set up for the design and the development by exporting data from the guideline. Data export provides synchronization of the design layouts and appearance of the browser’s components. This is close to wysiwyg principle, but you can decide yourself how to use data in the code.

In the plugin’s context, atomic design is expanded with smaller particles — nucleons, which can totally replace Sketch Styles and Sketch Text Styles when used with hashtags in the layer name. So that is how the updated concept looks like:

Nucleons (derived from Latin) are either protons or neutrons, which construct an atomic nucleus.

In the context of Nucleus, nucleons are regular Sketch layers, each of which stores a certain property, for example, width, height, shadow, etc.

There are in total 9 tag prefixes available:

You may synchronize the properties of nucleons and layers inside the symbols through hashtags.

That is how it works: To make nucleons, you first need to create an artboard named Nucleons (necessarily). This name provides an area of visibility for synchronizing the nucleons and layers properties in Sketch symbols to which the tags have been applied to. 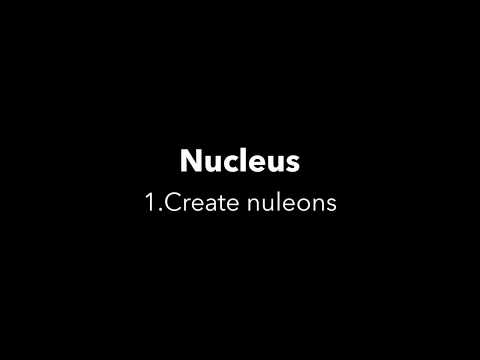 Nucleons artboard appears to be a kind of elementary particles database, and the mechanisms of interaction with them are laid in their names, and that is how it looks like:

Nucleons properties may only be synchronized to layers (if there are tags in their names) in the master symbols, which can be found at the symbols page.

Let’s consider how to create a nucleon using a nucleon of height (h-) as an example:

There cannot be two similar nucleons: a nucleon corresponds to a layer (except of icons: icons’ nucleons are Sketch groups, but the rules are same).

The concept of an atomic design considers atoms as some whole and independent items which have no sense on their own, but the context of their usage is assumed. For this reason, try to reduce the atom re-using. It is better to create more numerous nucleons that look mostly similar to each other (it is called “matching”) – that increases the abilities for spot control of the usage. Don’t forget that every atom is going to be considered individually in the page-making process, just like in a guideline. 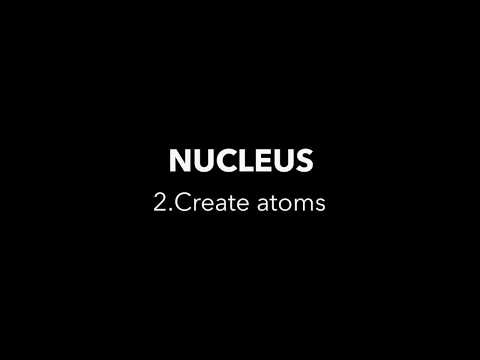 If you have created an artboard named Nucleons, you should create another one especially for atoms.

It is essential to decide the structure of the layer tree and hold on it constantly when creating new atoms. The structure suggested is:

Every single symbol in the atom group is called an atom item.

If we look inside an atom:

«button / primary / sm / default» — name / theme / size / state. The slashes are necessary for the convenience of further navigation in the symbol library.

"button-primary-sm" is a name for a group which contains the atom layers. It must have no spaces; the state indication should be skipped. The group wrapping the layers is necessary and should wrap all the layers in the symbol. Be attentive: that is the name that the atom is going to get during the page making, if the developer doesn’t change it in the code. That is why you should act consistently, not attributing state’s names to the atoms.

The layers names consist of two parts. Everything that is written before the first #-symbol is called a layer name, and everything after the symbol is a nucleon chain. The mail rule is: no spaces.

You should remember that the number of the basic layers in any atom item of one type cannot be changed as well as their names, as that is a template. But you can also add extra layers (e. g. an icon) from one item to another. Meanwhile, nucleons, their type and order may me changed in any ways. However, you shouldn’t designate text atoms as ordinary layers or vice versa.

In this example layers named offset are presented. As we remember, the hashtag with #o- prefix is a nucleon that has an indent size through all its width. Those layers are more important for the developers in the exporting atoms code. Unfortunately, Sketch offers no abilities to make indents.

We all know the Copy CSS Attributes command in Sketch, so we already realize that Sketch contains all the data necessary for the page-making. Still, for some reason we write css manually. Nucleous partly fixes that. If you have created the atoms structure properly, as it is described above, you can export scss map from the layout: one atom for one map.

levtolstoi published this plugin 2y ago.