Map Generator better than ever!

If you use it and you like it, please consider to make a donation to support its development! 🙏🏼

From now on you will have to generate your own Google Maps key and your own Mapbox token so that the plugin can generate maps.

During all this time the plugin has used my own Google Maps key and my own Mapbox token but due to the increasing number of people using it, has reached the point where I had to pay more and more in the case of Google Maps, while in the case of Mapbox, over time there have been more failed map requests because the limit of use is exceeded relatively quickly.

Having said that and taking into account that the plugin is completely free, I have made the decision that from now on the plugin will only work if each user provides their own key or their own token. Although this change at first may seem negative, it also brings with it the following benefits:

The only drawback to take into account is that in order to generate a key for Google Maps, you will have to enter credit card details in the Google Cloud Console. But don't worry, it will be very difficult to pay even a single cent because only you will be using your own key.

In order to help you here you have some guides on how to generate a Google Maps key and a Mapbox token:

How to generate a Google Maps key

How to get your Mapbox tokens

The Google Maps key API and the Mapbox token that the plugin has used so far will stop working on September 30th.

Create a shape and select it.
Run the Map Generator Plugin:

Choose the location, styling and zoom.
Voila! Your shape will be filled with a map.

With Sketch Runner, just go to the install command and search for Map Generator. Runner allows you to manage plugins and do much more to speed up your workflow in Sketch. Download Runner here. 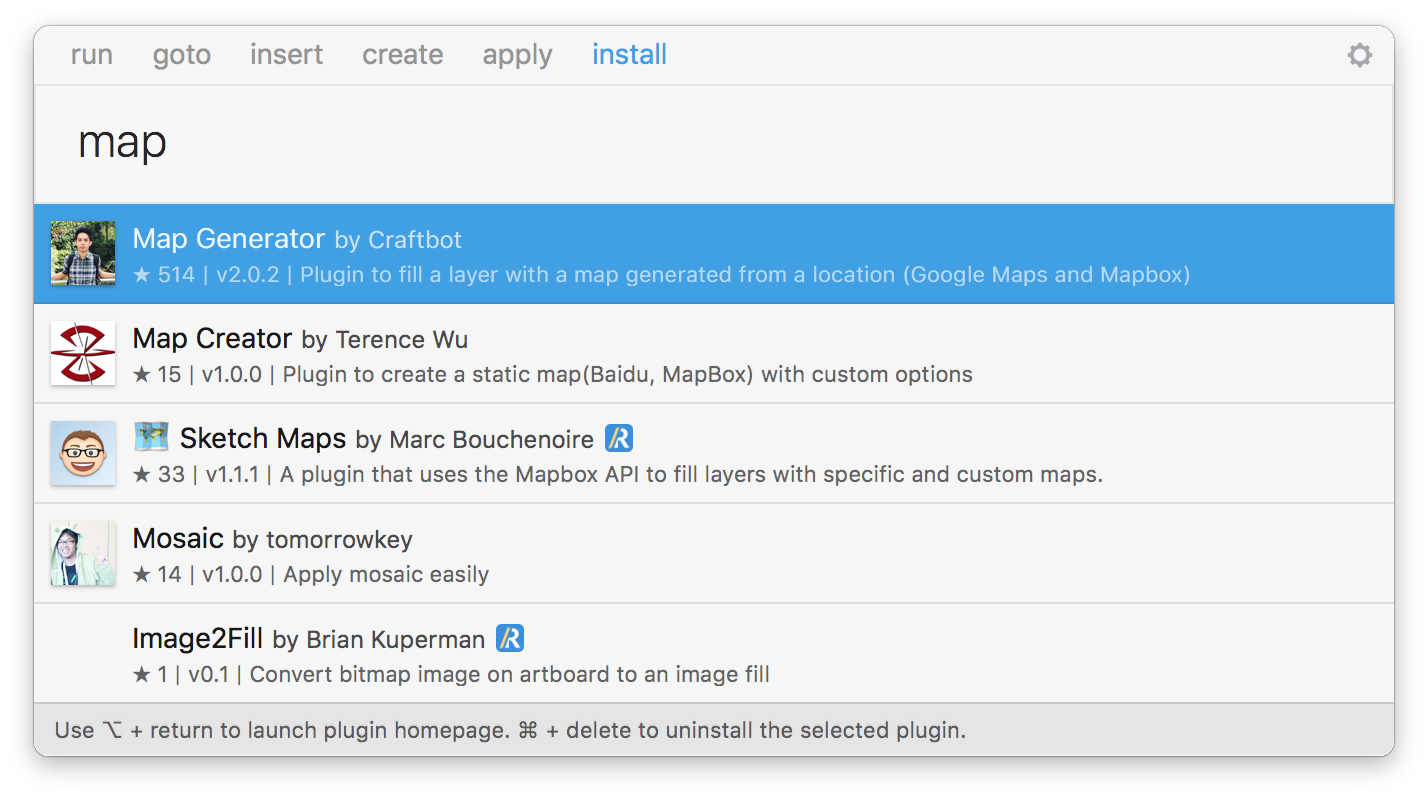 The plugin is compatible with Sketch 4+.

If you have any questions or troubles with this product, please feel free to open an issue here.

eddiesigner published this plugin 3y ago.